2016 May 21, 11:33
Awesome—ScreenToGIF 2 is out! Lets you record a portion of your screen, edit afterwards, and export as animated GIF. https://screentogif.codeplex.com/releases/view/621383 … 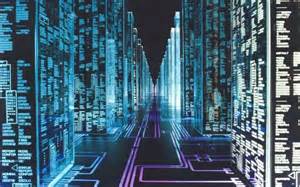 Finished re-watching Galaxy Quest: still awesome. For how long did I mistakenly attribute "Never give up, never surrender" to Toy Story?

The best cosplay of all time (by RayLiehm) Awesome car...


The best cosplay of all time (by RayLiehm)

Awesome faux trailer for Psychonauts as Inception. Wish I had...


Awesome faux trailer for Psychonauts as Inception. Wish I had made the connection before - there’s a ton of overlap.

The three terrifying minutes that created The Gunstringer

2011 Sep 29, 8:35This story is funny and also reminds me to go eat at Matador... "Twisted Pixel chief creative officer Josh Bear had responded with abounding confidence, if only to mask the truth. Because the fact of the matter, the fact that he and CEO Mike Wilford were all too aware of, as they sat in Redmond, WA Tex-Mex restaurant The Matador, was this: The idea wasn't "awesome." It was nonexistent."

Hey, Bethesda! Let's settle this! : The Word of Notch

2011 Aug 17, 4:52This is awesome: "I challenge Bethesda to a game of Quake 3. ... If we win, you drop the lawsuit. If you win, we will change the name of Scrolls to something you’re fine with." I could have been a lawyer if things worked this way.

Awesome remix of the Moon soundtrack.