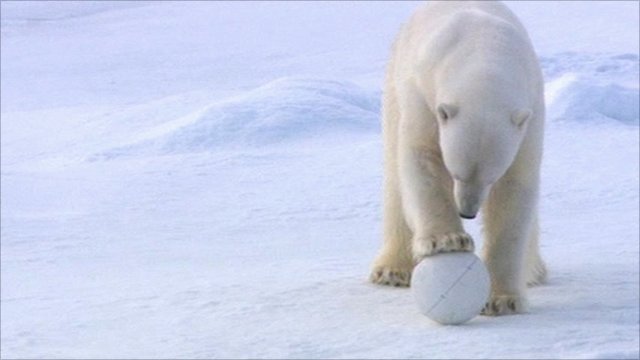 2010 Jan 30, 2:26Similar to the "This is the title of a typical incendiary blog post" (http://faultline.org/index.php/site/item/incendiary/) except this is a typical news report. "...and this is a lighthouse keeper being beheaded by a lighthouse beam."

YouTube - 'You are being shagged by a rare parrot' - Last Chance To See ...

2009 Oct 8, 11:29The title sounds like its a line out of a text adventure. Actually its Stephen Fry and zoologist Mark Carwardine getting beaten by a parrot.

2009 Jun 8, 3:40I didn't hear about this at the time, but a sixth Hitchhikers Guide novel will be written by Eoin Colfer. This article has some quotes from Eoin about it and big-shoe filling is addressed. Also in the article is a clip of the voice actor of Arthur Dent from the radio series as Arthur Dent complaining about being brought back to life that had been played on BBC Radio. 2008 Jul 23, 5:19"Everyone can do an American accent... at least everyone thinks they can. After the BBC's Stephen Robb took a lesson from one of the movie industry's top accent coaches, we asked readers to record their best US accents."

Two weekends ago it was actually sunny and kind of warm so Sarah and I went down to Spud Fish and Chips and Juanita Beach Park. We ate fish and chips on the dock. I took a few pictures and this time actually put some geographical information on Flickr so now I've got a map of my tiny fish and chips journey. On the map click on the floating marks to view the associated photos.

Flickr provides access to the geo data associated with your photos via GeoRSS feeds. And Google Maps displays GeoRSS feed content on their maps allowing you even to edit the data but doesn't appear to let you easily export the GeoRSS. Live Maps does the inverse, allowing you to create and export GeoRSS data but not import it. I'd like both please. Oh well.

2007 Dec 23, 8:46Banksy replaces Paris Hilton CDs with his own satirical music and cover art in stores.

2007 Nov 15, 4:03Colossus set to compete against modern PC in decrypting Nazi messages in promotion of museum.

Dismantling the Media With the BBC's News Director, Richard Sambrook (Epicenter from Wired.com)

2007 Nov 7, 1:40Interview with BBC's News Director Richard Sambrook mostly on the topic of news medias role on the Internet.

BBC NEWS | Technology | BBC to open up archive for trial

2007 Apr 18, 11:22For a trial period the BBC will open its archive online for free. Hopefully this is the start of a trend otherwise in the future the only freely available content will be reruns of Absolutely Fabulous.

2007 Apr 5, 11:45British cameras watching the public now have loudspeakers hooked up to scold people behaving inappropriately. What year is it?