2010 Feb 22, 3:55Hilarious Internet illiteracy generates tons of confused comments on RWW: '... We've determined by looking at our traffic stats that people are doing Google searches for "facebook login" and coming upon RWW. They see the FB Connect button and assume that RWW is the "new Facebook." Sigh. The Internet Is Hard.'

2010 Jan 20, 2:03The only doctor in Antarctica has to remove his own appendix. "When Rogozov had made the incision and was manipulating his own innards as he removed the appendix, his intestine gurgled, which was highly unpleasant for us..." Oh wow, Rogozov should for sure appologize for making you uncomfortable. Jerk. There's photos in the report too. Gross.

2010 Jan 5, 6:38Lovely historical infographics. For instance, check out the topographical map of NY city from 1874. 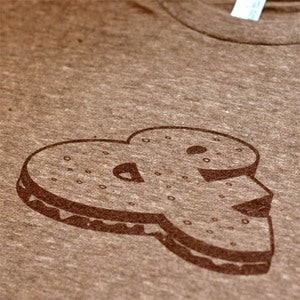 Serving and Protecting Fonts on the Web « The Typekit Blog

2009 Sep 10, 6:26Typekit's protections for their hosted fonts include referer header checking, and various obfuscations: "Our intent is only to discourage casual misuse and to make it clear that taking fonts from Typekit is an explicit and intentional act."

2009 Aug 6, 8:06"Man shaves head, walks across China for a year, grows beard & crazy hair, and takes daily photos and short videos of himself along the way". Like the hair and the ska!

2009 Jul 15, 10:48"With a little help from Bill Gates (who secured the rights using personal funds), Microsoft is presenting a series of lectures on physics by Richard Feynman." The videos have subtitles, annotations and links.

2009 May 26, 10:10"One movie - four frames. That's it." The site has some good ones on here this one is Blade Runner. I added several movies to my Netflix queue from this. Netflix should incorporate this into their site.

2009 May 22, 6:55"So many of our grandparents were racist, and some of our parents are homophobes. Which of our own closely held beliefs will our own children and grandchildren by appalled by?" I thought about this too but didn't come up with as good answers.

Dispatches from the Island: Went to a Castle

2009 May 22, 6:37Famous people are just like me! That is, Jorge Garcia (Hurley from Lost) also has a blog on which he writes about and posts pictures of his visit to the Neuschhwanstein Castle in Munich (the basis of the Disney castle). But apparently unlike me he didn't take the Bus of the Year 2005 to get to the castle.

2009 May 20, 11:02The trailer for the new Sherlock Holmes movie with Robert Downey Jr. as Holmes, and Jude Law as Watson.