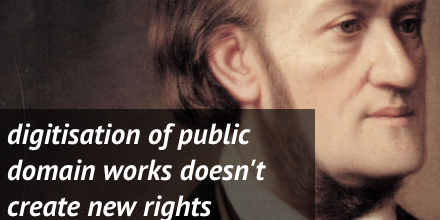 .@JebBush has now mentioned the "Wikipedia leaks" twice in his remarks. The level 7 web app is a web API in which clients submit signed RESTful requests and some actions are restricted to particular clients. The goal is to view the response to one of the restricted actions. The first issue is that there is a logs path to display the previous requests for a user and although the logs path requires the client to be authenticatd, it doesn't restrict the logs you view to be for the user for which you are authenticated. So you can manually change the number in the '/logs/[#]' to '/logs/1' to view the logs for the user ID 1 who can make restricted requests. The level 7 web app can be exploited with replay attacks but you won't find in the logs any of the restricted requests we need to run for our goal. And we can't just modify the requests because they are signed.

However they are signed using their own custom signing code which can be exploited by a length extension attack. All Merkle–Damgård hash algorithms (which includes MD5, and SHA) have the property that if you hash data of the form (secret + data) where data is known and the length but not content of secret is known you can construct the hash for a new message (secret + data + padding + newdata) where newdata is whatever you like and padding is determined using newdata, data, and the length of secret. You can find a sha-padding.py script on VNSecurity blog that will tell you the new hash and padding per the above. With that I produced my new restricted request based on another user's previous request. The original request was the following.

The new request with padding and my new content was the following. My new data in the new request is able to overwrite the waffle parameter because their parser fills in a map without checking if the parameter existed previously.

Code review red flags included custom crypto looking code. However I am not a crypto expert and it was difficult for me to find the solution to this level.

The 'Undue Weight' of Truth on Wikipedia (chronicle.com)

Interesting article on an expert attempting to modify an article on Wikipedia.  Sounds like an issue when presented in this fashion, but looking at it from Wikipedia’s perspective, I don’t know how they could do better.

Herpderpedia, A Collection of Tweets by People Freaking Out About Wikipedia’s SOPA & PIPA Blackout

2010 Dec 28, 10:42
I just found out that I like the group Ratatat. I'd first heard them way back when the Zune was first released as the backing for Los Corazones on the zune-arts.net website.

Until about 1:16 in, the music is Ratatat's Nostrand. On the first viewing it drove me crazy because I could only vaguely recall hearing something like that music before. I tracked it down via the zune-arts thing above and eventually found my way to the Nostrand video. Funny, all the recent comments on that one are from people who also just watched the Filmography video.